What Is Female Viagra? 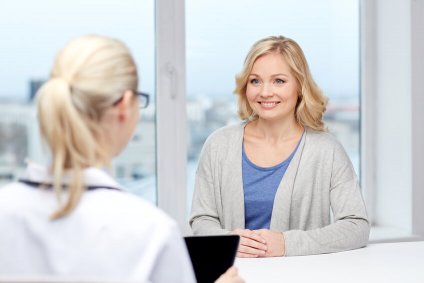 What Is Female Viagra?

The first drug to treat low sexual desire in women – ‘female Viagra’ – has now been approved by the US Food and Drug Administration (FDA). This drug is called Flibanserin, branded as Addyi, and was originally developed as an antidepressant. Addyi is a non-hormonal medicine used to treat hypoactive sexual desire disorder in women (HSDD) who have not yet reached menopause. HSDD is characterised by low sexual desire that is not due to existing medical or psychiatric conditions, or problems within a relationship.

Be warned: there is no alternative female Viagra. Although certain websites may advertise that they sell female Viagra, these are often herbal supplements which have no effect, or can be harmful to health. There is no evidence to support any claims that these remedies actually improve sexual experience.  You should be wary of online sellers offering a range of medications as ‘female Viagra’ as you could be putting your health at risk – and many of them are illegal.

Female Viagra should not be compared to male Viagra. The active ingredient in male Viagra is Sildenafil, which belongs to a class of drugs called phosphodiesterase inhibitors. This works to treat erectile dysfunction in men by relaxing the muscles and dilating the blood vessels in the penis, which then increases blood flow to the area and causes an erection when sexually stimulated.

Sexual dysfunction in women is characterised by a lack of desire, arousal or orgasm.  Viagra aims to enhance performance, while female viagra aims to balance chemicals in the brain that correlate to desire, increase sexual recall and sensitivity to stimulation. There has been no significant evidence that Viagra for women works in the same way it does for men, as sexual dysfunction in women has many different causes and symptoms varying from painful sex to loss of libido, it is hard to directly compare the two.

Viagra as a fertility treatment

Viagra could also be used to treat period pain in women. Researchers at the Penn State College of Medicine believe that Viagra’s impact on blood flow qualifies it as a possible treatment for menstrual problems such as period pain and cramps. A small sample of 25 women confirmed that they believed their monthly symptoms were less painful under the influence of Viagra. Further trials are planned to investigate this further.

The jury is still out as to how effective female viagra is. While it will be a breakthrough for women if it is proved to work over the long-term on boosting libido, it clearly also has other benefits in terms of relieving period pain and helping fertility. Watch this space for updates…